Mark Zuckerberg of Facebook: Love Him or Hate Him, But You've Got to Give Him Credit 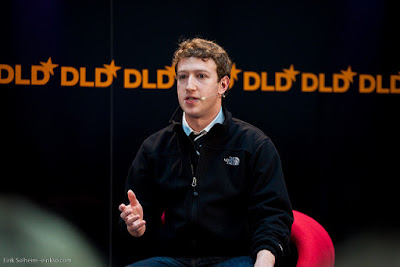 Ok, look. I've got no love lost for this guy, alright? I'm not really in the "hate him" camp, but definitely not in the "love him" camp either. I guess I'm sort of in the middle. But one thing that I've realized over the past few years is that Mark Zuckerberg of Facebook has a knack for business. Say what you will about the Winklevoss twins and the whole ownership controversy, but looking at what he's done with the website over the past couple of years, his business skills are pretty impressive.

Now, to be fair, I'm sure he's had plenty of advisers over the years and learned a lot as he's grown into his role as the leader of one of the free world's largest websites and communications tools. I can't even imagine what it must be like - the day to day decisions and working on projects that you realize will literally impact not just your local community, but BILLIONS of people around the planet.

Of course, you can't totally ignore the scandals, and there have been more than one. The most famous, of course, revolves around the Winklevoss twins and their claim that Mark Zuckerberg basically cheated them out of some part of the ownership of "The Facebook" as it was called back in the early days. The most recent controversy is over his declaration that he has committed to giving away almost all of his income to charity. People have lauded this and heralded him as a new leader in philanthropy among the rich and famous. Others have blasted the move, talking about how it's a tax break and that it's going to a charity he owns (is that even true? I honestly don't know, don't care.).

The bottom line, however, when we look at Mark Zuckerberg, is that he has built an online business that has gone from a college dorm room to 1.5 BILLION monthly users in Q3 of this year (source: http://www.statista.com/statistics/264810/number-of-monthly-active-facebook-users-worldwide/). I don't care how you slice it, that is impressive. I doubt there are very many companies out there that say they have that much of an impact worldwide. Certainly Google is the only one online who comes close in terms of web traffic. Their gross income in 2014 was $10.28 billion, with an EBITDA (for those who aren't business-minded or just don't know, this is an accounting term that stands for "earnings before income tax, depreciation, and amortization") of $6.2 billion (source: http://www.marketwatch.com/investing/stock/fb/financials). I don't care who you are, that's impressive.

So what can we take away from this examination of Mark Zuckerberg today? First, I refuse to judge anyone before hearing both sides of the story. Even then, if it's not something that impacts me personally and the courts have already ruled on it, then I really don't care about it. Second, it doesn't matter if you start out small, any idea can grow to become a game changer if it's good enough. Some things, though (IMHO) are partially about being in the right place at the right time. Some folks call that luck. I don't know what to call it. But I'll give him credit ... he's build one hell of an empire online. If my online ventures can be 1,000th as successful as his, I would be ecstatic.
Posted by Just Another Blogger at 2:55 AM